An exhibition of new work held at Spring Street Studios, Houston TX in conjunction with the 2013 NCECA conference. 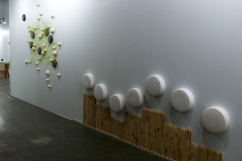 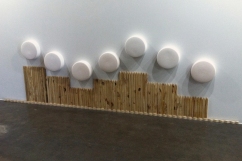 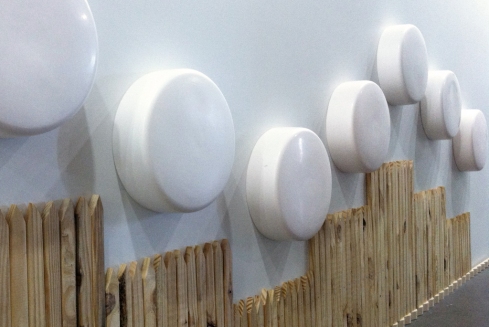 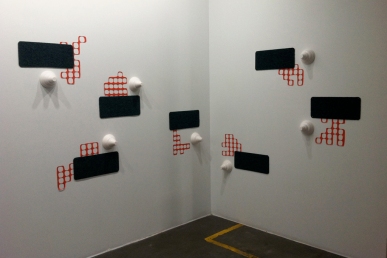 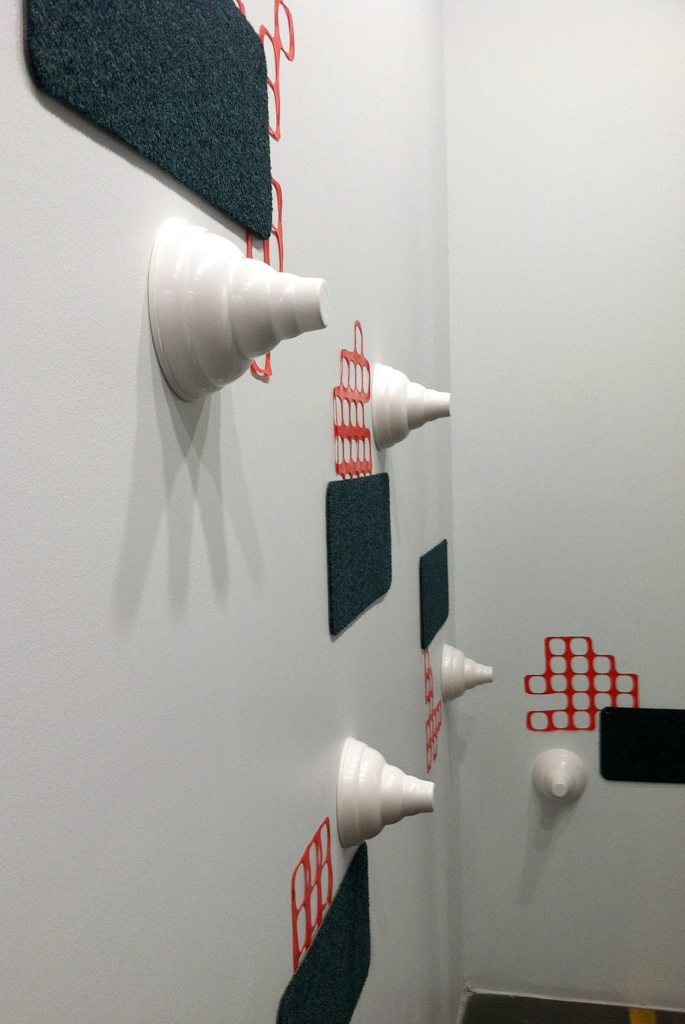 This: One: Here – detail

“Mass produced objects have been designed to be aesthetically pleasing while fulfilling a particular function, but repeated exposure dulls our senses until we no longer think about the design of what we see, hold, and use as common objects and everyday tools. I search for household items with forms that intrigue me and remove their original function, converting elements of everyday life into porcelain “objects”. I make multiples of these objects and install them with other bits and pieces of things I have collected, working towards a place where whatever the objects originally were is familiar, but not quite recognizable.”